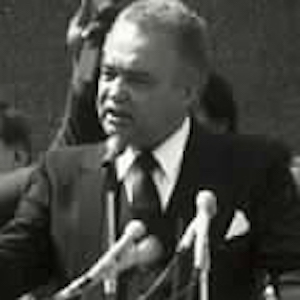 First African American mayor of Detroit, an office he held from 1974 to 1994. While in office helped transform the city's mass transit system but he is often blamed for the city's financial distress.

During the World War II he served in the 477th Medium-Bomber Group of the United States Army Air Forces.

He received the Spingarn Medal from the NAACP in 1981.

His son, Coleman A. Young II, is a State Senator in Michigan's 1st State Senate district.

Former President Jimmy Carter called him "one of the greatest mayors our country has known," after his death.

Coleman Young Is A Member Of