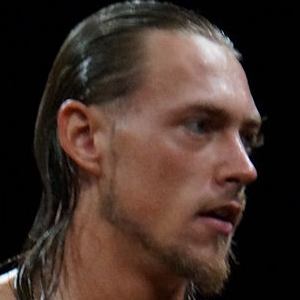 Wrestler who is best known for being signed to the WWE. In 2013, he debuted on the WWE developmental series NXT as a regular roster member.

He received a scholarship to attend New York University, where he entered the pre-medical track before switching to economics as his primary major. He also participated on the school's basketball team as the starting center for four years.

His tenure in NXT is perhaps most well known for his partnership with Enzo Amore. They have competed for the NXT World Tag Team Championships on a number of occasions, not yet winning.

He was born and raised in Glendale, Queens. He attended Archbishop Molloy High School, where he volunteered at a homeless shelter and made the National Honor Society. He's dated fellow WWE wrestler Carmella.

In 2015, he and Enzo Amore formed an alliance with the then-debuting Carmella.

Colin Cassady Is A Member Of