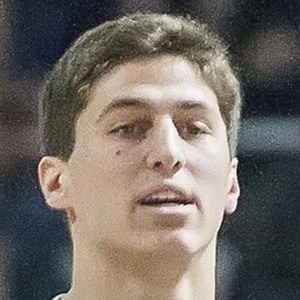 Point guard who is famous for his time as a member of the Villanova University Wildcats. He rose to massive fame for his contributions as a freshman to the Wildcats' 2017-2018 national championship-winning team.

He was named the high school Philadelphia Player of the Year in 2017. He signed his national letter of intent to play for Villanova in April 2017.

He was profiled for his national championship contributions in the days following the 2018 National Championship in the Philadelphia Inquirer.

He was originally born and raised in Warminster, Pennsylvania.

He played alongside Jalen Brunson at guard en route to winning a national championship as a freshman for the Villanova Wildcats.

Collin Gillespie Is A Member Of