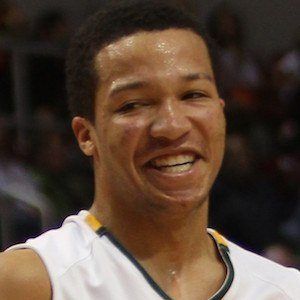 Two-time Gatorade Player of the Year and former Illinois Mr. Basketball in high school who went on to play college basketball with the Villanova Wildcats, helping the team win the 2016 and 2018 NCAA Championships. He's the son of nine-year NBA veteran Rick Brunson.

He starred at Stevenson High School, where his play made him a five-star recruit according to Scout, ESPN, and Rivals. As a senior, he was a Parade and McDonald's All-American.

He's won gold medals representing the US at the U18 and U19 levels and was the USA Basketball Male Athlete of the Year in 2015.

He was born to Rick and Sandra Brunson and has a younger sister named Erica.

He and Kris Jenkins helped Villanova win the 2016 NCAA Tournament.

Jalen Brunson Is A Member Of