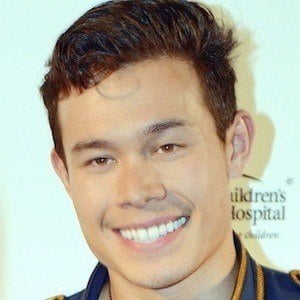 Actor, director, and producer known for his work on the web series What's Next for Sarah and Raising Kayn, as well as the short films $1.11 and Unpleasantville. He appeared in the TV movie Cloud 9 as Mike Lamb.

He started learning how to work Final Cut Pro at the age of 12, and continued to work with similar technology in high school. He directed his first short in 2008.

His efforts in high school earned him a scholarship to Utah Valley University, where he won a National Skills USA film competition.

He grew up in Utah and also attended the Art Institute in Utah.

He worked with Jennette McCurdy while helping produce What's Next for Sarah.

Colton Tran Is A Member Of