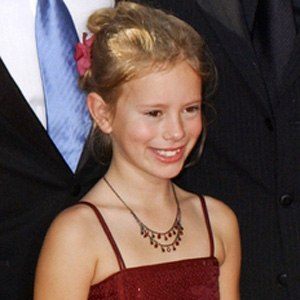 Actress who starred as Maia on the USA Network series 4400. She also starred in Scary Movie 4 in 2006.

She was born in Vancouver, British Columbia and began appearing in commercials as a young child.

She co-starred with Christian Slater in the 2004 indie film Pursued.

She was born to a Polish mother and a Spanish-American father. She speaks both English and Polish fluently.

She appeared alongside Peter Falk in the 2003 TV movie Wilder Days.

Conchita Campbell Is A Member Of