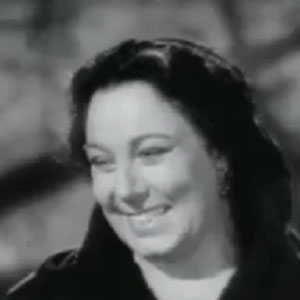 Remembered for her character roles in numerous 20th-century films and television series, she is perhaps most notable for her role as Purity Pinker in the 1950s series The Adventures of Long John Silver and for her portrayal of Norah Muldoon in the movie Auntie Mame (1958).

She began her career in London stage productions and quickly moved to Broadway, appearing in How to Get Tough About It, Excursion, Ladies and Gentleman, and several other New York productions of the 1930s. In 1939, she became a contracted artist with the Metro-Goldwyn-Mayer studios.

She played Mrs. Gossett in the 1965 family comedy movie The Monkey's Uncle.

Born Rose Constance Gilchrist to actress Martha Daniels, she grew up in Brooklyn, New York and London, England. Her marriage to Edwin O'Hanlon began in the early 1920s and produced one daughter.

She and Barbara Eden were both in the cast of the 1961 comedy movie Swingin' Along.

Connie Gilchrist Is A Member Of