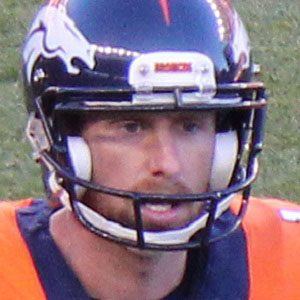 NFL placekicker who played for the Chiefs his rookie season in 2008 before joining the Tampa Bay Buccaneers in 2009. He was an All-ACC selection at North Carolina.

He was a Second-team Freshman All-American after his 2004 season as a Tar Heel.

He only missed two field goals during the 2011 season, recording a 92.9% field goal percentage.

His brother followed in his footsteps to become a placekicker for the University of North Carolina at Chapel Hill. Thomas and Susan Barth are his parents.

He took on the role as the Chiefs' kicker after Nick Novak was released in 2008.

Connor Barth Is A Member Of