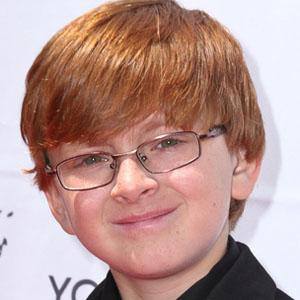 Actor best recognized for playing the role of Aiden Lucas on the television series Ghost Whisperer.

He had his first small television role at age 6 on a 2007 episode of the series Monk.

He has a younger brother named Ethan.

Connor Gibbs Is A Member Of