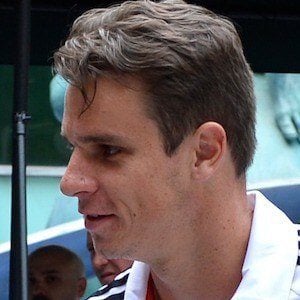 American midfielder who began his MLS career with D.C. United in 2010.

He was born to Dominick and Elaine Shanosky.

He was coached by Ben Olsen on D.C. United.

Conor Shanosky Is A Member Of