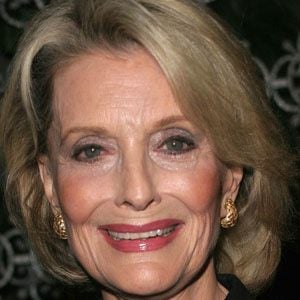 Acclaimed actress who became famous for her role as Anna in The King and I. Her other films include The Naked Kiss, Shock Corridor, and The Horse Soldiers.

At the age of 11, she turned down a contract from Paramount Pictures.

She was nominated for an Emmy Award for her work in the special film Once in Her Life.

She married John Gavin, an actor and ex-ambassador to Mexico, in 1974. She has two children named Maureen and Michael McGrath.

She made a guest experience on the show Frasier, which starred Kelsey Grammer.

Constance Towers Is A Member Of