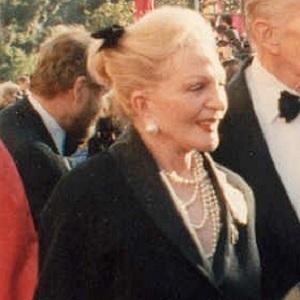 Best remembered for her numerous stage credits with the Royal Shakespeare Company and other theatre troupes, Browne also appeared in many films and television series, including, respectively, Theatre of Blood and Time Express.

She grew up in Australia and relocated to England in her early twenties. She began her professional acting career at London's Savoy Theatre.

She won a BAFTA Award for her starring role in a television special titled An Englishman Abroad and received a Los Angeles Theatre Critics' Award for her performance in a 1976 production of Travesties.

She co-starred with Ian Holm in Dreamchild.

Coral Browne Is A Member Of