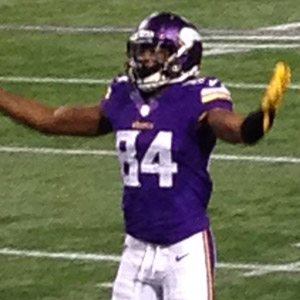 Wide receiver and kick returner who was selected to the 2013 Pro Bowl in his rookie season as a member of the Minnesota Vikings. He set a record for the longest-ever kickoff return: 109 yards against the Green Bay Packers on October 27, 2013. He won Super Bowl LIII as a member of the New England Patriots.

He played football at Northwestern High School in South Carolina.

He played college football at the University of Tennessee and was selected 29th overall in the 2013 NFL Draft.

He grew up in Rock Hill, South Carolina.

He played for head coach Derek Dooley at Tennessee.

Cordarrelle Patterson Is A Member Of