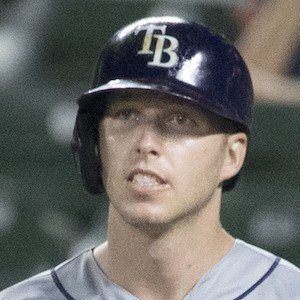 Outfielder best known for his time with the Tampa Bay Rays.

After playing centerfield for Meridian Community College, he was drafted in 2010 to play for the Colorado Rockies. In 2016, he was then traded to the Tampa Bay Rays.

He can be seen photographed with a variety of celebrities and athletes on his Instagram such as Peyton Manning, Luke Bryan, and Georges St-Pierre.

He was born in McComb, Mississippi, but raised in Brookhaven, Mississippi. He married Beth Anne in February of 2012 and they had a son named Davis together in 2014.

Corey Dickerson Is A Member Of