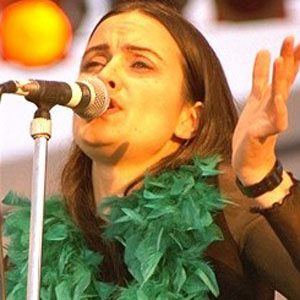 Performer who rose to fame in the 1980s as the lead singer of the pop band Swing Out Sister.

After attending King Edward VI Grammar School, she went on to Lincoln College.

She released an album titled Beautiful Mess in the U.S. in 2009.

Her mom was a caretaker and she authored a book titled Hedgehogs In My Care.

She and Andy Connell have played together in Swing Out Sister.

Corinne Drewery Is A Member Of