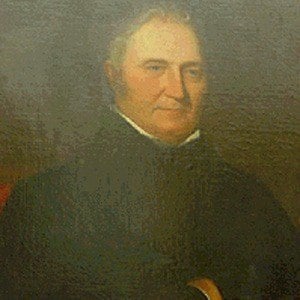 Politician and member of the Federalist Party who served in the Delaware General Assembly and was the Governor of Delaware from 1837 to 1841.

He joined the Delaware State Militia during the War of 1812 and began work as a farmer.

The last link of the Philadelphia, Wilmington, and Baltimore Railroad opened while he was in office.

He was married twice and had twelve children.

Cornelius P. Comegys Is A Member Of