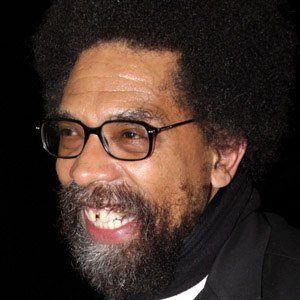 Historian and author who, in 1993, published the influential work, Race Matters. His other important works include Democracy Matters: Winning the Fight Against Imperialism (2004) and The Ethical Dimensions of Marxist Thought (1991).

He graduated from Harvard in 1973 and went on to receive his Ph.D. in philosophy from Princeton University. He quickly rose through the ranks of the Democratic Socialists of America.

His work focuses primarily on race, gender, and class in American society.

He was born in Oklahoma and grew up in California. He liked to say he was married to his calling, but not to a particular woman.

He made an appearance in The Matrix Reloaded, starring Keanu Reeves.

Cornel West Is A Member Of