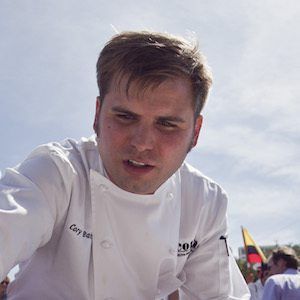 Professional chef and reality TV show star. He has been featured on the show Chopped and was a finalist on The Next Food Network Star.

His interest in food began when he was 16 while working a job waiting tables. He has been in the restaurant industry ever since.

He was named has been named Food & Wine's People's Best New Chef. He also has a strong social media presence with over 20,000 followers on Instagram.

Born and raised in a small town in Louisiana, he can often be seen pictured with his mother and father on his Instagram account.

He can be seen photographed with celebrity chefs such as Guy Fieri, Bobby Flay, and Giada De Laurentiis.

Cory Bahr Is A Member Of