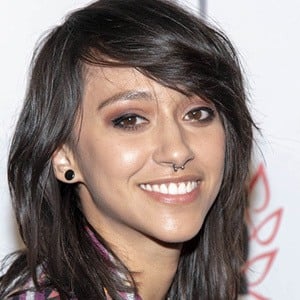 Television and web series' actress who is best recognized for playing Emma on the recurring web series Dead of Night. She is also known for having starred as Shannon on the 2017 series Kingdom.

She first started her career as an actress in 2013 when she made her debut in the short film In Defense of Traditional Marriage. Her feature film debut came the following year when she played Mindy in Jennifer Help Us.

She is also known for her passion in UFC and often live tweets fights.

She was born and raised in Missouri but later settled in Los Angeles.

She starred alongside Nick Fink on the 2019 web based series Dead of Night.

Courtney Bandeko Is A Member Of