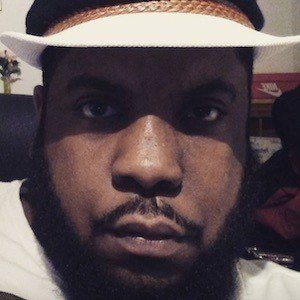 Multi-talented as a hip hop artist, music producer, comedian and video content creator on YouTube and Instagram who also calls himself a "rapducer." He distributes and promotes his work through his company Realitary Records.

He previously was known by the name Xquiz.

He has appeared on the MTV series Ridiculousness. He posts comedy videos relating to the rap industry to his popular YouTube channel.

He is from Prince George's County in Maryland. He was born into a music family with his cousins, uncles and father all creators of music.

Artists such as Zayn Malik and Wale have hired Crank for his production skills.

Crank Lucas Is A Member Of