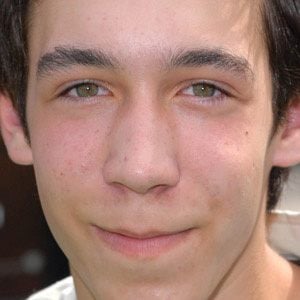 Played the role of Jeremiah Trottman on the Nickelodeon TV series, Zoey 101 with Jaime Lynn Spears.

He had a small role in the animated film, The Ant Bully.

He appeared on an episode of Hot in Cleveland with Betty White.

He grew up with his family in Sebring, Florida.

He was in the film, Four Christmases with Vince Vaughn.

Creagen Dow Is A Member Of