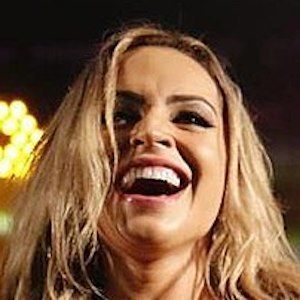 Brazilian singer who has put out tracks such as "Efeito do Álcool", "Felicidade Engarrafada", and "Nuvem Que Tá de Passagem". She has put out albums like Cris Mel 2K18 and the self-titled Cris Mel.

She first discovered Christian music when she was 16 years old in a church in Rio de Janeiro.

She has accumulated over 90,000 followers on her crismelshow Instagram account. She has been a brand ambassador for Aziluth Presentes.

She has been in a romantic relationship with Marcio Cardoso.

She is a popular singer from Brazil in the same vein as Ivete Sangalo.

Cris Mel Is A Member Of