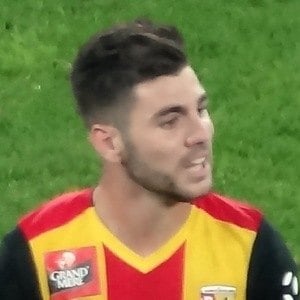 In 2014, this soccer forward began playing for Spain's Burgos Club de Fútbol. Previously, he had been affiliated with Real Madrid B, Valencia B, Atlético Baleares, and Huddersfield Town.

He played his youth career for Crevillente Deportivo and Alicante CF and, in 2007, began playing professionally for the latter team.

During the 2013 season, he was loaned by Huddersfield Town to Shrewsbury Town. The following year, he played (also on loan) for Northampton Town.

He spent his youth in Crevillent, Alicante, Spain.

He is a contemporary of fellow Spanish-born soccer player Juan Mata.

Cristian López Is A Member Of