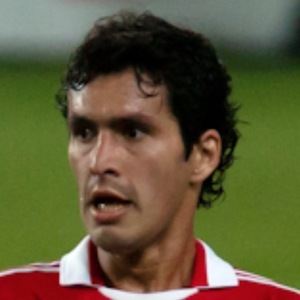 His career first began with the local club Cristobal Colon in the Juan Augusto Saldivar area. His professional career then began in Tacuary in 2000. In 2005, he began playing with the Paraguay national team. His first International goal occurred in a match against Chile in November of 2006.

As part of the Libertad club, he is known for winning the Paraguayan Primera Division during the 2006 and 2007 seasons.

He was born and raised in Juan Augusto Saldivar, Paraguay.

As part of the Paraguay national team, he played alongside Gustavo Gomez and Richard Ortiz Busto.

Cristian Riveros Is A Member Of