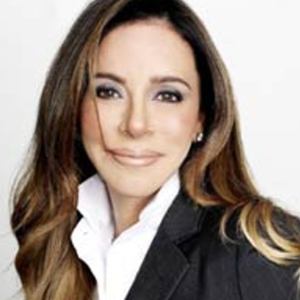 Beauty entrepreneur who has founded several companies, including the cosmetics brands Phytá Cosmeticos and PH Arcangeli. She is known to television audiences as a "shark" on the Brazilian edition of Shark Tank as well as her appearances on reality shows like Aprendiz Universitário.

She grew up in São Paulo and went to college for dentistry.

She was named Personality of the Year by the government of the state of São Paulo in 2004.

She has a daughter named Bianca.

Her entrepreneurial work has helped support the careers of designers like Matthew Williamson.

Cristiana Arcangeli Is A Member Of