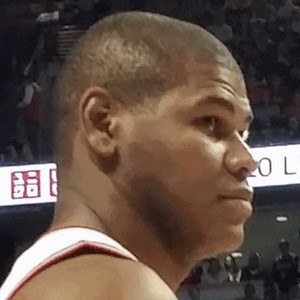 6'10" center and power forward who signed with the Chicago Bulls as an undrafted free agent in 2015. He made his NBA debut that same year and worked his way into the rotation by the end of the season.

He started playing professionally in 2009 with Minas Tenis Clube in Brazil. He later joined Flamengo in 2013 and played in his home country until joining the Bulls.

He tried to play college basketball at the University of Oregon in 2013, but his play in Brazil led the NCAA to deem him ineligible.

He grew up in Pouso Alegre, Brazil.

He's played with Pau Gasol on the Bulls.

Cristiano Felicio Is A Member Of