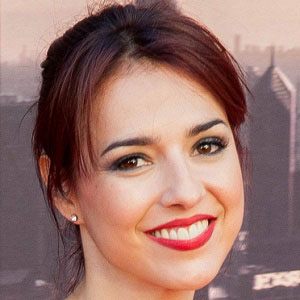 After rising to fame for her portrayal of Claudia Sanchez in the Spanish drama series Poble Nou, she went on to play Cecilia Paniagua on Herederos and Vero on B&b, de Boca en Boca. Her other television credits include recurring roles on Grand Hotel, La Isla de los Nominados, Divinos, and Maneras de Sobrevivir.

She appeared in several commercials during her teen years and made her debut on Poble Nou in her early twenties. Early in her life, she trained at Barcelona's famous Nancy Tuñon performing arts school.

Born Cristina Brondo Muñoz, she spent her youth in Barcelona, Spain. In 2012, she and her director and producer husband Diego Yaker welcomed a daughter named Valentina.

She is a contemporary of fellow Spanish actress Paz Vega.

Cristina Brondo Is A Member Of