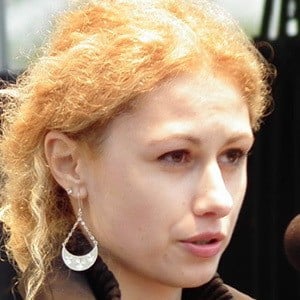 Social media commentator who has risen to fame for her eponymous YouTube channel's content. She has earned more than 10 million views for sharing her commentary and opinions on religion, feminism, and current events.

She was originally born and raised in Romania.

She shared a story of an encounter with Lawrence Krauss on her YouTube channel.

Cristina Rad Is A Member Of