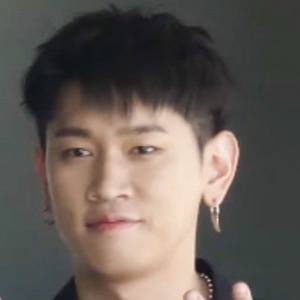 South Korean hip hop star most well known for his debut album Crush on You released in 2014. He then went on to release the 2016 EP Interlude.

He first made his musical debut in 2012 with the single "Red Dress."

In 2014, he contributed the single "Sleepless Night" to the original soundtrack of the television show It's Okay, That's Love.

His real name is Shin Hyo-seob. He and Red Velvet singer Park Soo-young, also known as Joy, started dating in 2021.

Crush Is A Member Of