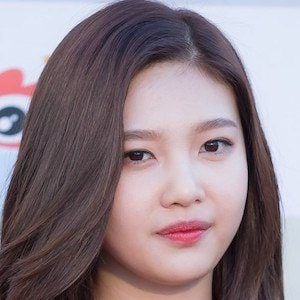 She joined S.M. Entertainment in 2012 and spent two years training before she joined Red Velvet.

She was featured on season four of the reality show We Got Married and has also been on Running Man and Hello Counselor.

She was born in Jeju Island, South Korea and is the oldest of three sisters. In 2021, she began dating Crush.

She and Yeri have performed together as part of Red Velvet.

Park Soo-young Is A Member Of