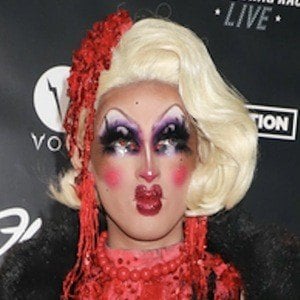 Reality television personality who rose to fame after competing on the twelfth season of RuPaul's Drag Race.

The character was created by Cody Harness and he began performing in drag during the summer of 2015.

He created his own show called called the Get Dusted Party.

He's half-Mexican. As a child, he became an Eagle Scout.

Both he and Gigi Goode created characters who wore ginger wigs.

Crystal Methyd Is A Member Of