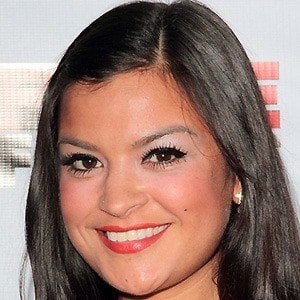 Singer and movie actress who toured as a DJ with LightningCloud.

She started acting in 1994 and played Lori Piestewa in Saving Jessica Lynch.

She has appeared on the soap operas Days of Our Lives and The Game.

Her mother is Georgina Lightning. She has two brothers named Cody and William Lightning.

Crystle Lightning Is A Member Of