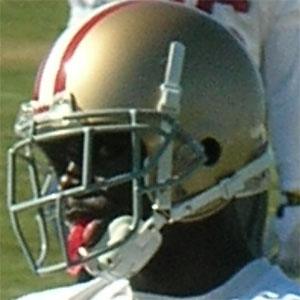 NFL safety who played three seasons as a backup for the 49ers after being select in the 7th round of the 2009 draft. He became an Arizona Cardinal in 2013 after one season in the UFL.

He was recruited by one of the best schools in his state, LSU, after playing defensive back at Franklinton High School.

He helped the LSU Tigers win a 2008 BCS National Championship with 43 tackles, 2 interceptions and one sack.

He was raised in a very large family with eight siblings: Brandon, Colby, Britney, Jhyryn, Tiffany, Timirria, Stephanie, and Shawana.

He had a more active role on the Cardinals during the end of the 2013 because of an injury to fellow safety Tyrann Mathieu .

Curtis Taylor Is A Member Of