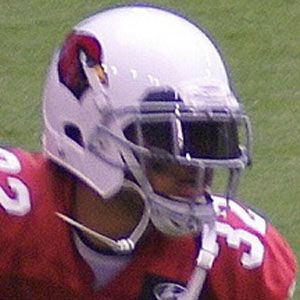 NFL defensive back known as the "Honey Badger" who was a third round pick of the Arizona Cardinals in 2013. He won Super Bowl LIV as a member of the Kansas City Chiefs in 2020. He first gained national recognition as an All-American cornerback and Heisman Trophy finalist for Louisiana State University.

He was named the Outstanding Defensive Player of the 2011 Cotton Bowl Classic as a true freshman.

He was dismissed from LSU for the 2012 season after reportedly violating team rules, including failing a drug test.

His sister Trine was killed by a drunk driver in 2001.

He was a finalist for the Heisman Trophy in 2011, the year Robert Griffin III won the award.

Tyrann Mathieu Is A Member Of