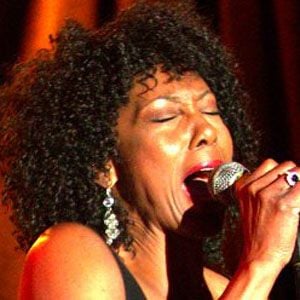 American singer most widely known as the lead singer of Lipps Inc., responsible for the platinum-selling 1980 hit "Funkytown." After that band's breakup, she became a member of the Grammy-winning group Sounds of Blackness.

She got her start as a singer and saxophonist in the Minneapolis-based band Flyte Tyme in the 70's.

She took home the top prize at the Miss Black Minnesota, USA pageant in 1976.

She has been married to Ted Morgan.

She collaborated with saxophonist Maceo Parker on his 2005 album School's In.

Cynthia Johnson Is A Member Of