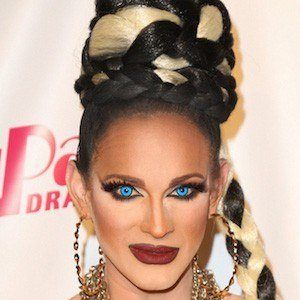 Carlos Hernandez, known better by the stage name Cynthia Lee Fontaine is a drag queen who appeared in seasons 8 and 9 of RuPaul's Drag Race.

In 2006, she stumbled into drag after working as a backup dancer for a friend in pageants; he requested she take his place in a show and the rest was history.

During her time competing on Drag Race she was battling with stage one liver cancer.

Cynthia Lee Fontaine Is A Member Of