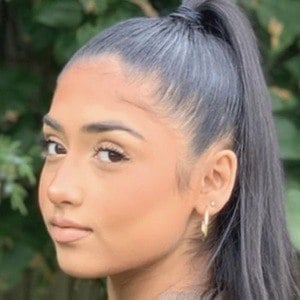 Television actress who rose to fame for her portrayal of Little Aks on BBC Three's Man Like Mobeen. In late 2018, she was named Best Newcomer by the Asian Media Awards association.

Her mother encouraged her to audition for Man Like Mobeen.

She won an RTS Midlands Award for Best Actress in 2020.

Her mother was very supportive of her acting career. She and her sister have had a YouTube channel called Abira & Dúaa.

She starred alongside Guz Khan on Man Like Mobee.

Dúaa Karim Is A Member Of