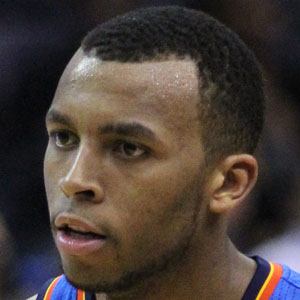 NBA guard/forward known for his 3-point shooting. He spent about five years in the NBA before continuing his career in Ukraine, Germany, Iran and Israel.

He played 1 year of college basketball at Ohio State.

He was drafted 21st overall in 2007, the third Buckeye to go in the first round that year.

He was born to Fred Sneed and Renae Cook.

Daequan Cook Is A Member Of