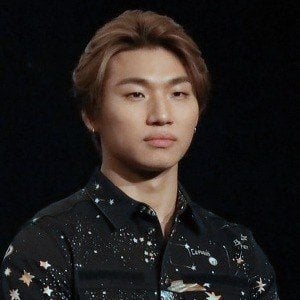 Famous for his work with the South Korean boy band Big Bang, this successful K-pop vocalist also released such solo albums as D'scover (in 2013) and D'slove (in 2014). His popular songs with Big Bang include "Baby Don't Cry" and "Wings."

Shortly after beginning his association with Big Bang, he began suffering from vocal chord nodes and severe on-stage anxiety. He was able to recover from both problems before the release of Big Bang's second album.

A popular television personality as well as a singer, he became a fixture on the SBS variety show Family Outing.

Born Kang Dae-sung in Itaewon, South Korea, he was accepted to Seoul's Kyunghee University despite having attended high school for only one year.

He and rapper G Dragon were both founding members of Big Bang.

Daesung Is A Member Of