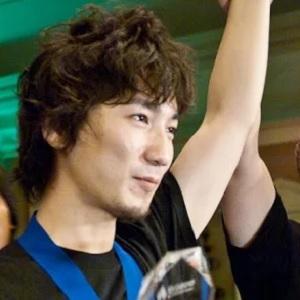 Japanese professional video game player specializing in 2D arcade games who is widely considered one of the world's greatest Street Fighter players. He set a Guinness World Record as the most successful player in major Street Fighter tournament history.

He first began playing arcade fighting games at age 10, picking up games like Street Fighter II and Fatal Fury: King of Fighters at a local arcade.

In 2003, he became the first player ever to win both the Super Battle Opera and Evolution Championship series in the same year. On Twitch and YouTube, he is known as Daigo the BeasTV.

He has an older sister named Hoyumi.

He and Ryan Hart are both gamers who have competed in Street Fighter tournaments.

Daigo Umehara Is A Member Of