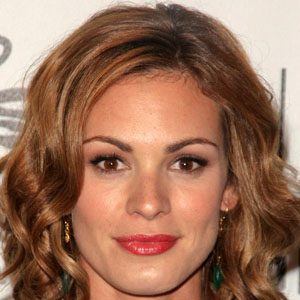 Known for her starring roles in the American television series Person Unknown and Last Resort and in the Australian drama Out of the Blue, she also played a recurring role on Chicago Fire.

Before becoming an actress, she studied psychology and business. She first appeared on screen in a 2006 television movie titled Small Claims.

She and her husband, Australian professional boxer Paul Miller, welcomed their first child in 2010.

She and Samara Weaving both appeared in the soap opera Out of the Blue.

Daisy Betts Is A Member Of