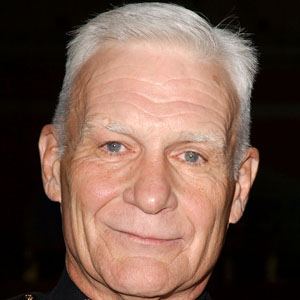 A Vietnam War veteran, author, businessman, and actor, he served as a consultant on the HBO miniseries, The Pacific. He also became the CEO of Warriors, Inc., a company that trains film actors in the realistic portrayal of characters involved in wars and military operations.

He ended his military career in 1984. He subsequently published several novels, including Run Between The Raindrops (1985) and Conduct Unbecoming (1992).

He was cast as Colonel Porter in Falling Skies, a TNT science-fiction series, and he also played Colonel Robert F. Sink in Band of Brothers on HBO.

He was born in Missouri to Della Grace Koehler and Dale Adam Dye. He was married three times and had two children (Adrienne and Christopher). He and his third wife, Julia, along with comic book artist Gerry Kissell, created a graphic novel entitled Code Word: Geronimo that recounted the successful killing of by Navy SEAL Team 6.

Dale Dye Is A Member Of