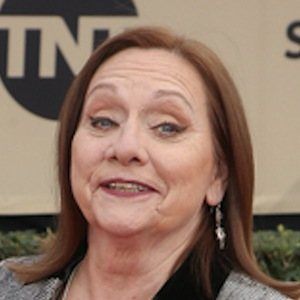 Actress who is famous for her role as Frieda Berlin on the Netflix original series Orange Is the New Black. She began her time on the series as a guest star in 2014's season 2 before being upped to series regular prior to season 6 in 2018.

She earned her first on-screen credit in 1971 for her work on the film Prism. She debuted on Broadway as a part of the original cast of Hair in 1968.

She was honored with the 2017 SAG Outstanding Performance by an Ensemble in a Comedy Series award in 2017 alongside her Orange is the New Black cast mates. She appeared in the 2016 film AWOL.

She has frequently appeared alongside Uzo Aduba on Orange is the New Black.

Dale Soules Is A Member Of