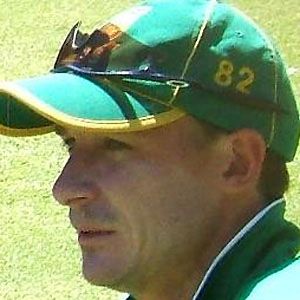 South African fast bowler who represented the South African national team and played for the Cape Cobras. A prolific wicket-taker, his 41.4 career strike rate in Tests set a record among bowlers with at least 10,000 deliveries.

He enjoyed bass fishing as a child before discovering cricket at eleven years of age.

He recorded his 400th Test match wicket in only his 80th game, tied with Richard Hadlee and slower than only Muttiah Muralitharan, who achieved the feat in 72 games. He made a cameo in the movie Blended, featuring Adam Sandler and Drew Barrymore.

He married Jeanne Kietzmann in 2011.

Dale Steyn Is A Member Of