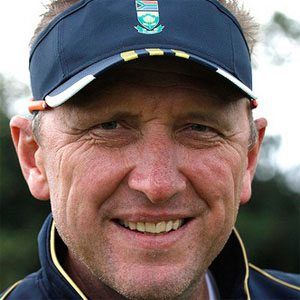 South African retired cricketer nicknamed "White Lightning" who is considered one of the greatest fast bowlers in the history of Test cricket. He represented South Africa at four Cricket World Cups.

He was born in Bloemfontein, South Africa and made his Test debut versus West Indies in April 1992.

He is one of very few cricketers in history to have taken 300 or more wickets in Test play.

He married a woman named Tina.

He was teammates with team captain Shaun Pollock on the South African team at the 2003 Cricket World Cup.

Allan Donald Is A Member Of