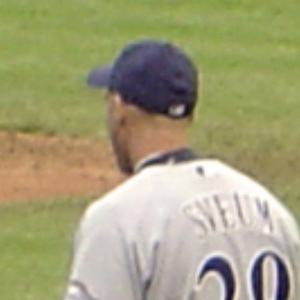 Former manager of the Milwaukee Brewers and Chicago Cubs who also played 12 seasons in the major leagues with several teams.

He attended Pinole Valley High School in California, where he played baseball and was an All-State quarterback.

His best offensive season as a player came in 1987, hitting 25 home runs and driving in 95 runs.

He played for all-time great manager Tony La Russa on the Oakland Athletics in 1993.

Dale Sveum Is A Member Of