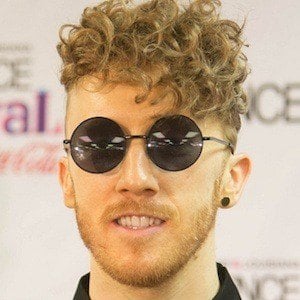 Gareth Daley is a recording artist and songwriter who initially gained fame as a co-writer of the Gorillaz single "Doncamatic." He was signed by Universal Music after he released the mixtape Those Who Wait in 2011, and he released a 2012 debut album Days & Nights.

He pursued music in his free time while studying Design and Art Direction at Manchester Metropolitan. He worked as a graphic designer for a short time.

He was featured on a song by Wretch 32 called "Long Way Home" and on a single by Nelly called "Heaven."

He was raised in the suburbs of Manchester, England.

His 2012 single "Remember Me" featured Jessie J and his 2012 album Days & Nights featured the Pharrell produced track "Look Up."

Daley Is A Member Of