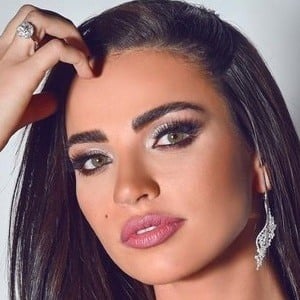 Actress, singer, dancer and model who was awarded the 2012 Murex d'Or in celebration of her contributions to Lebanese art.

She began to pursue her professional artistic endeavors in 2007.

She competed on the 3rd season of Dancing with the Stars.

She has a much younger sister named Christel.

Darren Bennett was one of the judges on Dancing with the Stars when she competed.

Dalida Khalil Is A Member Of