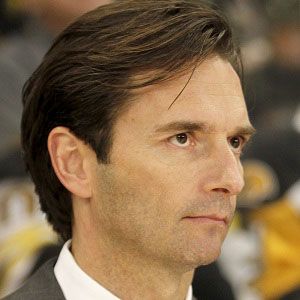 Canadian former hockey player who played as a defenceman for several NHL teams, including the Florida Panthers and New York Rangers. He was later hired as the head coach of the Edmonton Oilers in 2013.

He played four seasons for the Peterborough Petes in the Ontario Hockey League before being drafted by the Washington Capitals in 1985.

He is the first person from Florida to score a point in the NHL.

He married actress Ingrid Kavelaars, with whom he has daughters named Emerson and Cameron.

He succeeded Ralph Krueger as the head coach of the Edmonton Oilers.

Dallas Eakins Is A Member Of