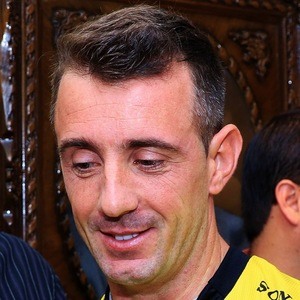 Attacking midfielder who played for Al Wahda from 2013 to 2015 and then joined Barcelona in 2016. He has over 330,000 followers on his kiturc Instagram account.

He was runner-up at the Torneo de Clausura for Universidad Católica in 2009.

His father is César Díaz.

He and Osama Hawsawi both played soccer for Al Wahda.

Damián Díaz Is A Member Of